Raw dogs dinner came about for us because we have a Bullmastiff names Jake he is 75.5kg and allergic to everything with hooves, gluten central, anything white inc rice and potatoes.

When he was eating biscuits (kibble) we noticed he was forever shaking his head, which was because he had an earache, sore feet all his pads were swollen and red and his fur was waxy and his mouth was full of spots! He was at the vet’s regularly he was put on steroids and the size of him he had to take lots and allergy tablets 9 a day we eliminated nearly everything as he was allergic to everything he could only eat chicken or turkey we tried the grain-free kibble which seemed to be better but he started again after six months being bloated and started Irritable Bowel Syndrome he was a big hefty dog and he could not walk due to flare-ups on the kibble!!

So we tried raw chicken and then Turkey and then beef and other Raw meats he was apparently allergic to. But he is no longer allergic to hooved animals or he shows no signs of being now he is completely on a Raw dog food diet with the BARF recommendations leading the way we put all our dogs on the Raw Meat diet and we would never go back to kibble no matter how hypoallergenic it is.

Dogs need four varieties of meat protein a week bone and offal including iron. We have nt been to the vets for over a year and we feed the dogs rabbits ears and chicks with the feathers on! Which clean the dogs intestines of works and eggs naturally as intended.
Jake now has a waist and a swagger when he walks and even jogs occasionally these days!!

He is a gently quiet bullmastiff and loves his cuddles and bed! ( 5ft settee)!

This is what encouraged us to open dogs raw dinner store to have raw dogs food available for all them dogs suffering on their ryvita diets we humans have put them on for pure convenience for us!

Dogs live for food, cuddles and pleasing their family, they’re not on this Earth for long and they should be fed what they were made to eat, after all, they are domesticated but they are still carnivores!

Everything about them shouts carnivore! There teeth! No molars for crunching dried kibble! Powerful jaws capable of breaking bones! Their biological makeup is short for meat and their stomach acid is the strength of a car battery category one. Humans’ stomach acid is category three. That’s why they need bone and offal and muscle meat as they’re all digested quickly and efficiently. Kibble is made up of dried meat juices and carbohydrates which need a longe extract in place to digest and absorb the nutrients. Dogs only produce small amounts of bile to help break down stomach contents. This in mind is why dogs get allergies and fat on kibble as it’s stuck inside their intestines blocking contractions which enable movement of waste through the intestines! Resulting in Allergies and worse. 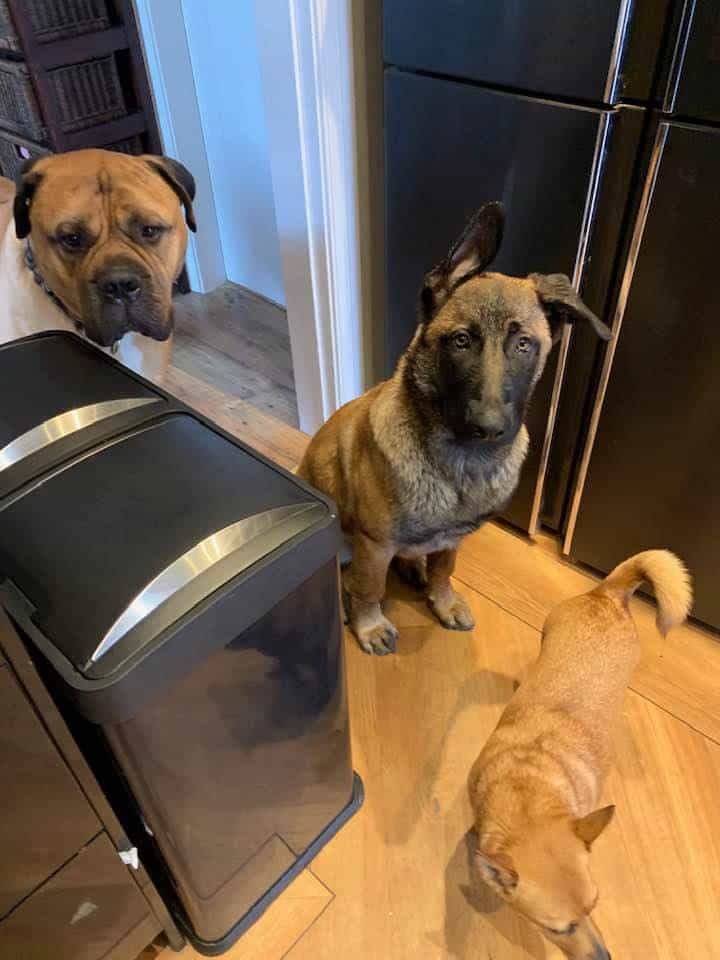 Follow us on instagram @rawdogsdinner and tag us in your happy doggo photos or use the hashtag #rawdogsdinner for a chance to be our ‘Dog of the month’ and win amazing discounts and prizes.